Nidos in Europe > Projects > Reception and Living in Families > Netherlands 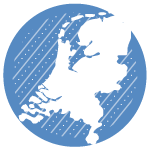 Particular to the Dutch legal context is that all UAMs have a guardian from Nidos Foundation, the Dutch guardianship institution for unaccompanied minor refugees, asylum seekers and undocumented migrants, which has been given this responsibility by the Ministry of Justice. Nidos has the lawful assignment of exercising the authority of supervising these young people on their path to adulthood and promoting their interests. The guardian provides long-term continued care and has the responsibility for the mental and physical wellbeing of the child and the development of his or her personality.

As a guardian, Nidos is responsible for accommodating a child in the right form of reception. Vulnerable minors, including all minors under the age of 13, are directly accommodated in foster families (or if necessary, for instance in case of suspicion of trafficking, in protected shelters run by COA). As a result, around 47% of all UAMs in the Netherlands are accommodated with foster families.

In the field of foster care, UAMs form a specific group that requires a specific vision and interpretation of foster care. Because of the different backgrounds of these youngsters, Nidos favours reception in families connected with or close to their own ethnic background. These family connections provide the minors with a secure basis from which they can return to their country of origin or integrate in Dutch society, while preserving their own cultural identity. In many cases, the minors are familiar with the idea of living with next of kin because, in most of the countries of origin, it is customary for family members to receive and educate children whose parents are absent.

A nationwide team dedicated to Reception and Living in Families (RLF team) within Nidos is responsible for recruiting, screening, matching and supporting the foster families in the reception pool developed by Nidos (not linked to the the general Dutch foster care system), which consists of around 400 families, as well as an additional 778 kinship/network families that foster children related to them who are also under Nidos’ guardianship. The major task in support for the families is assigned to the guardians who visit the children and the families monthly. A reception family (both pool families and kinship/network families) receives a daily allowance linked to the age of the unaccompanied minor. For a 16-17 year old this is around 600 euro a month.

The methodology that is used by the RLF team was officially detailed in summer 2010 in a handbook and has been further developed since then, for example in the field of safety. The RLF team has been trained in working with this methodology.

One promising initiative is the new reception facility OWG+ (‘RLF+’) which is currently being executed in a pilot format. It was developed to see whether reception in families can also be a useful option for older minors who are already rather self-dependent but not yet entirely ready to be on their own. In this facility, foster parents take care of a maximum of 4-5 children (varying in age from 15-17 and mainly from similar ethnic backgrounds) in a setting that closely resembles a family situation but with the opportunity for the youngsters to experiment with self-dependency training. This way, continuity in support is much more guaranteed than in a professional setting, especially because of the fact that foster parents recognize the culture and language of the youngsters. This form of reception has similarities with the concept of the extended family as is commonplace in many of the minors’ countries of origin, whereby adults other than the parents also keep an eye on them.