Nidos in Europe > Projects > Reception and Living in Families > Ireland 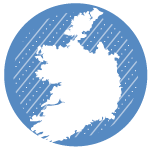 Until very recently the UAMs were accommodated in hostels (alongside adults). There were no members of care staff on site, there were more inhabitants than would be the norm for residential care and many children went missing or were trafficked. As it was a very concerning situation, numerous NGOs raised the matter with the Irish parliament. The situation changed in 2009 when it was decided that UAMs should receive the same level of care as Irish children under an ‘equity of care’ principle. Following on from this, the hostels were closed in 2010 and all children were transferred to appropriate children’s residential care homes, foster care or supported lodgings, thus fundamentally changing the care arrangements for UAMs across Ireland.

TUSLA Child and Family Agency is the main organization currently providing foster families for UAMs. When visited in June 2014, TUSLA’s Team for Separated Children Seeking Asylum (TSCSA) worked with 25 families both of Irish origin and with diverse cultural backgrounds. The team is also multicultural and multi-ethnic.

Whenever an UAM arrives, TSCSA conducts an assessment and finds a family within their own network of contacts or by reaching out to one of the private agencies which work with Irish families via churches. When visited, the TSCSA told that us they were aware of a new private organization opening soon that hopes to focus on working with Muslim families.

This study gives an overview of the Irish reception system for UAMs and concludes with helpful recommendations for the future.