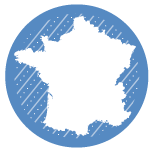 In practice, it happens very often that either the judge is not informed about the situation, or as a result of backlogged courts, no guardian is appointed because the procedure requires a very long time. Therefore, in many cases, minors remain without legal representation for several months, even until coming of age. Though established by law, the procedure for the appointment of a legal representative can therefore fluctuate in its implementation relative to the specific case of unaccompanied minors.

There is an attempt, that aims to overcome the absence of a legal representative, but only for the asylum application. In practice, if an unaccompanied minor wants to ask for asylum and does not have a legal guardian, an “ad hoc administrator” will be appointed. This legal representative has a limited role. He/she only helps the minor during the asylum procedure. His/her appointment does not resolve the broader problem of the lack of a general guardian, competent for all aspects of the child’s life (source: France Terre D’Asile).